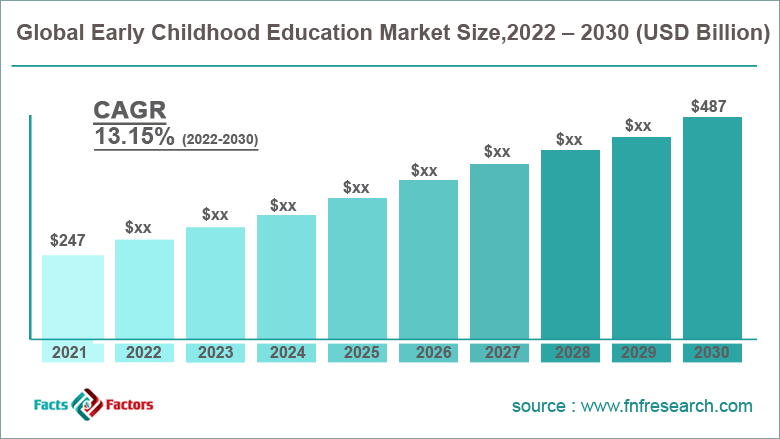 Early childhood education (ECE) is also known as nursery education in many parts of the world and it refers to the brand of technology that deals with the education of young children from birth up to the age of 8 years. It includes both formal and informal teachings. In traditional terms, ECE teachings are equivalent to education classes up to the third grade. Quality of early childhood education is an integral and important part of child development which helps in shaping the child’s character and qualities.

Various studies have concluded the importance of ECE in terms of a child’s success in the later years of life since it not only caters to the educational well-being of a child but has an impact on overall personality growth including self-confidence, emotional, and mental health. Reports claim that children who have access to formal early childhood education generally tend to have a higher intelligence quotient (IQ) as compared to children who are deprived of it. 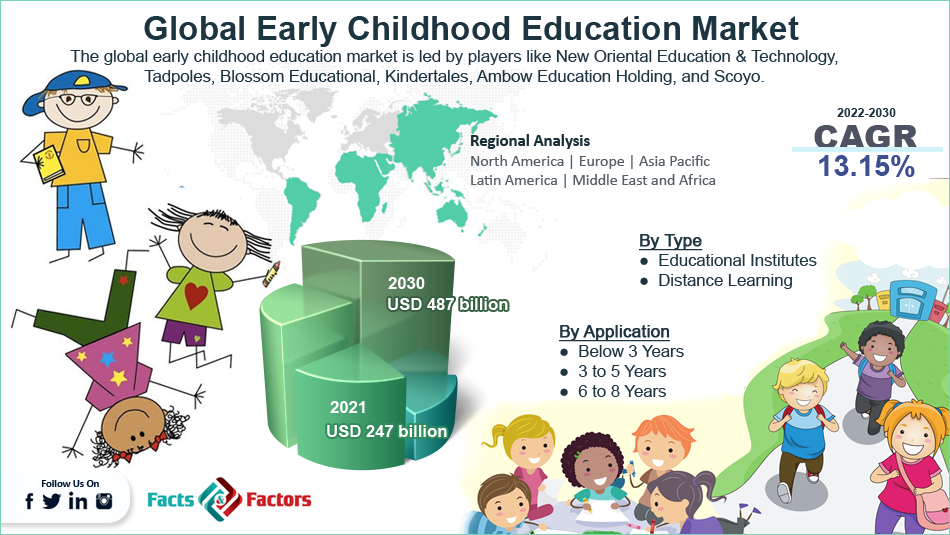 For instance, the United Nations Educational, Scientific and Cultural Organization (UNESCO), a specialized United Nations (UN) agency, provides leadership in education as well as helps in strengthening education systems across the globe. Due to the impact of Covid-19, the agency initiated a program focusing on education across Africa where it distributed interactive electronic books, animated learning videos, coloring electronic sheets, and learning games in different languages.

One of the most crucial aspects that currently dominates not only the early childhood education systems but the education industry, in general, is the lack of encouraging education infrastructure in many parts of the world. Underdeveloped economies with low family incomes that tend to have larger families cannot afford to spend on early childhood education for every child because of various social or financial reasons. There are numerous recorded incidents of female infants being denied access to quality care in early childhood. As per UNICEF Afghanistan, more than 3.7 million children are out of school out of which almost 60% are female students.

The global early childhood education market is expected to witness higher growth opportunities due to the growing number of players in the market. Until a few years ago, fewer institutes offered quality formal or informal education to children below 3 years of age. Since the number was limited the cost was high.

However, in recent times, as the working population is growing and there is significant demand for early childhood as both parents start resuming work a few months after the child is born, many players have grabbed the opportunity and created a chain of institutes offering nursery care. As the population grows, the demand for such institutes is expected to reach new heights.

The global market growth may face growth challenges due to the increasing remote working culture in which parents can work from home using a hybrid model giving them more time to spend at home. The parents prefer to indulge in learning and educational sessions at home rather than sending children to outside institutes. There is also a growing segment of the population that prefers homeschooling children since they find it more helpful as children gain practical knowledge.

The global early childhood education market is segmented based on application, type, and region.

In 2021, the highest revenue-generating segment was the 6 to 8 years segment which dominated more than 42.59% of the global market share. Children falling in this age group are highly impressionable and are also capable of understanding new techniques for learning new subjects and lessons. They can adapt to a new life far more quickly and with relatives as compared to younger children.

Parents feel safer sending children between the age of 5 to 8 years to school since they can communicate well. Guardians or parents of children below 3 years may get reluctant in sending the children to school. 8% of the world’s children in the primary school age group do not go to school.

The former led the global market growth in 2021 due to the high number of parents sending students to schools as the main goal of ECE is personality development which can be achieved more effectively in face-to-face and interactive learning sessions. Distance learning gained more popularity as a result of Covid-19 and will continue the growth rate if it can meet the efficiency of offline classes. In a 2020 report, more than 50% of parents preferred to send children to school instead of online classes.

The global early childhood education market is projected to register the highest growth in North America due to the higher accessibility as the US and Canada are amongst the top-ranking regions in terms of quality education across age groups. The population of these countries has relatively higher per-capita income which allows them to spend on education programs which is further encouraged by the government’s efforts in establishing an educational ecosystem where every child from all family income groups has equal opportunities for gaining quality education.

The parents in these advanced countries have a higher understanding of the benefits of early childcare and education which encourages them to enroll young children in institutes that can help the child develop social skills while contributing to the overall development.

The global early childhood education market is segmented as follows:

3. Which region will contribute notably towards the early childhood education market value?

The global early childhood education market is projected to register the highest growth in North America due to the higher accessibility as the US and Canada are amongst the top-ranking regions in terms of quality education across age groups.

4. Which are the major players leveraging the early childhood education market growth?