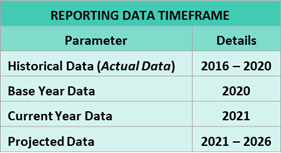 UHT milk is liquid milk that has been sterilised at an ultra-high temperature (UHT) to give it longer shelf life. Consumer desire for UHT milk is expanding due to its capacity to be held at room temperature for extended periods without needing to be refrigerated. For a few years, the worldwide milk market has seen a significant shift in consumer preference from regular milk to UHT milk. Drinking milk on the move has become a popularly rising trend in recent years, which is one of the main causes fueling global demand for UHT milk. People nowadays have incredibly hectic schedules, forcing them to seek better alternatives to traditional liquid milk, which requires refrigeration but has a short shelf life when it comes to safe milk consumption.

UHT milk is the most popular substitute for regular milk. It has a longer shelf life and doesn't need to be stored in a chilly environment. It can be stored at ambient temperature, which is another important feature that will continue to drive global demand. Whereas traditionally treated milk necessitates a mobile, high-efficiency cold storage chain, UHT milk eliminates this requirement to accommodate manufacturers and distributors, as well as customers who do not possess refrigerators.

In recent years, UHT milk has acquired popularity among the global population. The fact that it has a longer shelf life is thought to be the main reason for its tremendous appeal. UHT (ultra-high temperature) milk is made from fresh milk that has been processed at high temperatures. For a few years, China has been the largest user of UHT milk. Increased demand for this food item indicates that there are profitable opportunities in China for this sector. The efforts of key vendors to strengthen their position in the global UHT milk market are increasing. One of the initiatives to attract a large population from low economic status is the introduction of new items at cheaper pricing. This move creates new opportunities for market expansion.

The market is predicted to grow the most in emerging countries, where a paucity of cold storage capacity has persisted over time. A growing number of sportsmen, weightlifters, and bodybuilders around the world eat milk regularly and even need to carry it at times, in addition to the higher birth rate in emerging nations. The worldwide UHT milk industry has a significant untapped opportunity here, which is expected to increase demand for UHT milk in personal storage packs.

One of the major factors pushing the UHT milk market is poor cold chain maintenance in developing countries. Because this meal is prepared at a high temperature, it can be stored at room temperature without the risk of bacterial growth. As a result, UHT milk does not require clod chain maintenance. This fundamental feature is driving a large population of people from hostels and other areas without refrigeration to switch to UHT milk.

Food consumption outside of the home has become more popular in recent years. Milk consumption is increasing in schools, gymnasiums, and sports fields, for example. This expanding trend is paving the road for the UHT milk market to flourish. However, the higher price of UHT milk compared to ordinary milk, as well as the loss of nutritious value during processing, are stifling market expansion. Furthermore, the unorganised milk industry is one of the major stumbling blocks to the global UHT milk market's expansion.

The UHT milk market is segmented based on product type, fat content and distribution channel:

As per product type (flavoured, unflavored), by fat content (whole, semi-skimmed, skimmed), by distribution channel (hypermarkets/supermarkets, specialist retailers, convenience stores, others). The implementation of new and advanced technologies, which has made them more multifunctional, has on condition that the industry with many worthwhile growth prospects in the coming years.

In 2020, Europe dominated the market. Due to the significant growth of the dairy goods market in countries like Germany, Belgium, and Holland, demand for UHT milk is high in this region. Furthermore, per capita consumption of dairy products has increased significantly in the last five years, owing to the ease with which UHT milk can be produced and distributed compared to other conventional goods. A similar tendency has been found among Danish consumers when it comes to the consumption of pasteurised products like UHT milk regularly.

Because of the increasing consumption of dairy products in countries like India, China, and Japan, Asia Pacific is expected to grow at the fastest rate of 9.1% from 2019 to 2025. Furthermore, a major driver of the market is the rising demand for pasteurized dairy products. Furthermore, as compared to other conventional milk products, consumption of UHT milk products is high in nations like Vietnam, Thailand, and Taiwan. Due to increased consumption and growing demand for dairy products with ultra-high temperature effect, the market's main players are expanding their facilities in the Asia Pacific.

Lockdowns around the world in 2020, as well as continued limitations in 2021, interrupted the supply chain, causing issues for UHT milk manufacturers. Vendor profit margins will continue to be squeezed by fierce competition, price challenges, and altering consumer preferences.

Due to growing consumer awareness in food selection, the food business is expected to undergo certain changes in 2021. The market for these products and their constituents is being driven by a desire for sustainable, regenerative, plant-based diets, as well as a demand for foods and beverages containing immunity-boosting substances. The Do It Yourself (DIY) trend exploded during Corona's reign, and it's projected to continue in 2021.

Companies' ideas on growing beyond traditional markets are evolving in response to the continually changing business situation. Several foods and beverage companies are currently planning to capture domestic and worldwide markets, in addition to focusing on expanding applications and introducing new product portfolios.

The Global UHT Milk Market is segmented and classified as follows:

Which key factors will influence the Ultra-High Temperature (UHT) Milk Market growth over 2021-2028?

What will be the value of the Ultra-High Temperature (UHT) Milk Market during 2021-2028?

According to Facts and Factors research report, the global Ultra-High Temperature (UHT) Milk Market accrued earnings worth approximately XX (USD Billion) in 2020 and is predicted to gain revenue of about XX(USD Billion) by 2028, is set to record a CAGR of nearly XX% over the period from 2021 to 2028.

North America will contribute lucratively towards the global market value over the estimated timeline. The regional market surge is subject to large-scale presence of giant participants in countries such as the U.S. Apart from this, favorable compensation policies along with high acceptance of new Ultra-High Temperature (UHT) Milk Market will drive regional market trends. With regional governments enforcing strict laws pertaining to drug abuse, the market for Ultra-High Temperature (UHT) Milk Market in North America is set to witness exponential growth over years to come. Legalization of cannabis in countries such as Canada and U.S. through passing of acts in parliament is likely to enlarge scope of Ultra-High Temperature (UHT) Milk Market in North America over coming decade.

Which are the major players leveraging the Ultra-High Temperature (UHT) Milk Market growth?