[187+ Pages Report] The recent publication from Facts & Factors titled “Global Industrial Seals Market” encompasses a comprehensive and analytical overview of the market. The report illustrates that the Global Industrial Seals Market was valued to be around USD 12.98 Billion in the year 2020 and will further grow with a CAGR of 4.9% to an expected value of USD 17.1 Billion by 2026. 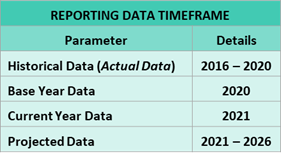 Industrial seals are mechanical stoppage devices that is used to prevent leakages, holding restricted pressure, and contain fluid from overflowing between different intersecting points. Industrial seals are a combination of statis and dynamic interfaces. Static examples of seals are the entry points of bolts and screws while dynamic examples of seals are hydraulically sealed examples. Seals are universally used where rotating and reciprocating applications are utilized. Seals come in a variety of shapes and sizes depending on the application and the diameter of the shaft where the seal can be fitted.

The governing factors behind the stable growth of the industrial market are the rising demand for thermal, durable, and heat resistant seals that allow the swift development of forces between two rotating elements. Temperature plays an important role during such operations which will give rise to heat-resistant seals during the forecast. Factors such as providing optimum efficiency and increased productivity coupled with growing demand in the manufacturing sector will further boost the growth of the global industrial market during the forecast period. Furthermore, a rising trend of customizable industrial seals will open new revenue opportunities during the forecast period.

Rising prevalence of larger manufacturing units will give rise to continuous and high production of seals. However, factors such as lack of raw materials, deteriorating supply chains, and unavailability of workers will hamper the growth of the global industrial seal market. Furthermore, the industry disruption bought on by COVID-19, the market is expected to bounce back to pre-COVID-19 levels during the forecast period. Moreover, increasing consumer preference shifting toward seal-less driving shafts will further hamper the growth of the industrials seals during the forecast period.

The global industrial seals market can be segmented into type, application, and region.

On the basis of type, the global industrial seals can be divided into axial seals, radial seals, and mechanical seals. The mechanical seals can be further broken down into pusher and non-pusher seals, conventional seals, balanced and unbalanced seals, and cartridges. The radial seal segment is expected to witness the largest market share during the advent of the forecast owing to the rising adoption of contacting seal applications in several sectors. The growth of mechanical seals and axial seals will follow in consensus after the latter. On the basis of application, the global industrial seals can be fragmented into mining, food & beverage, oil & gas, energy and power, aerospace, marine, construction, and others (chemicals). The food and beverage sector is expected to witness the largest market share over the forecast timeframe owing to rising demands. The segment of energy and power will post the fastest growing CAGR during the forecast owing to the rise in energy demands with the renewable energy sector contributing the largest.

Asia-Pacific is expected to witness the largest market share during the advent of the forecast in terms of global revenue contribution. Rising demands from a number of registered and unregistered firms from the region and the availability of high-quality seals at a low-cost price will drive the dominant position of the market during the forecast. North America is expected to witness the fastest growing CAGR during the forecast period owing to the presence of key players in the region. Additionally, the rising demand for small and mid-sized seals in the region will further propel the growth of the global industrial seals market in the region.

Which key factors will influence the Industrial Seals Market growth over 2021-2028?

What will be the value of the Industrial Seals Market during 2021-2028?

According to Facts and Factors research report, the global Industrial Seals Market accrued earnings worth approximately XX (USD Billion) in 2020 and is predicted to gain revenue of about XX(USD Billion) by 2028, is set to record a CAGR of nearly XX% over the period from 2021 to 2028.

Which region will contribute notably towards the global Industrial Seals Market value?

Which are the major players leveraging the Industrial Seals Market growth?

[224+ Pages Report] According to Facts and Factors, the global eyeglass lens coating machine marketsize was valued at USD 13.5 billion in 2021 and is predicted to increase at a CAGR of 8.0% to USD 24.6 billion by 2028. The study examines the market in terms of revenue in each of the major regions,...

[215+ Pages Report] According to Facts and Factors, the Global Cable Blowing Machines Market Size was valued at USD 89.45 million in 2021 and is predicted to increase at a CAGR of 4.5% to USD 105.12 million by 2028. The study examines the market in terms of revenue in each of the major regions, wh...