This professional and specialized report study examines the technical and business perspective of the automotive glow plug industry. The report provides a historical analysis of the industry as well as the projected trends expected to be witnessed in the automotive glow plug market. The report study analyzes the market statistics at the global as well as the regional levels to gain an in-depth perspective of the overall automotive glow plug market. The historical insights are provided from 2016 to 2019 and projected trends are provided from 2020 to 2026. The quantitative data is provided in terms of both volumes (Units) and value (USD Million) for 2016 – 2026. The qualitative data is reinforced by analyzing and providing numerous market dynamics (directly or indirectly affecting the industry) such as growth drivers, restraints, challenges, and opportunities.

We have included various industry analysis models in our report and extensively demonstrated the key business strategies and competitive landscape of the automotive glow plug market in our study. Our study also includes an analysis of Porter’s Five Forces framework for understanding the competitive strategies adopted by various stakeholders involved in the entire value chain of the automotive glow plug market. It also encompasses PESTLE analysis and SWOT analysis.

The report also offers an in-depth analysis of the market shares of each industry player and gives an outline of the market position of key players in the automotive glow plug market. Moreover, the study offers wide coverage of key strategic advances witnessed in the market such as new product launches, acquisitions & mergers, collaborations & joint ventures, funding & VC activities, agreements, partnerships, R&D activities, and regional expansion of key players of the automotive glow plug market.

The research study provides a critical assessment of the automotive glow plug industry by logically segmenting the market on the basis of type, application and regions. Based on the past, present, and future trends, all the segments were analyzed from the bottom up, and the market sizes have been estimated from 2020 to 2026. The regional segmentation of the automotive glow plug industry includes the holistic bifurcation of all the five major continents including North America, Europe, Asia Pacific, Latin America, and the Middle East & Africa.

A glow plug is needed to provide fuel/air combination ignition comparable to a gasoline engine spark plug. With an engine running on Gasoline, though, glow plugs cannot be used. Since there is no spark to ignite the petrol, it is therefore difficult for a diesel engine to start particularly in cold weather so for easier starting, diesel engines are often fitted with glow plugs. These glow plugs have a small wire part that becomes red-hot when attached to an electrical source and the battery heats the glow plugs and heats the fuel further as it reaches the cylinders due to preheating of the fuel lowers its ignition point to increase the starting point. Glow plugs are also responsible for rising friction, disturbance, and smoke pollution in diesel engines to ensure better drivability in cold weather, consistent with national standards as well as other regulations.

Increasing fuel costs and strict automotive emission standards are causing a change in consumer preference for passenger cars fuelled by diesel engines resulting in increased demand for the glow plug. Long-term business contracts with OEMs from fire & glow plugs suppliers help them cut production costs and upsurge profit margins, as well as protect them from raw material price fluctuations. Nonetheless, rising demand for electric vehicles is expected to hinder the growth of the global automotive glow plugs market during the forecast period due to increasing environmental awareness, fluctuating fuel prices, and continued tendency towards engine downsizing.

Based on type, the market is segmented into  Metal Glow Plugs and Ceramic Glow Plugs. The ceramic glow plug market is projected to grow during the forecast period at a comparatively higher pace of CAGR based on the product type. Growth in this segment is driven primarily by rising demand for diesel engines in developing countries like China, Mexico, and Brazil. Based on the application, the market is segmented into Passenger Cars, HCVs, LCVs.

Some of the essential players operating in the automotive glow plug market, but not restricted to include BorgWarner, Bosch, Denso, NGK, Hidria, Hyundai Mobis, Federal-Mogul, Magneti Marelli, Autolite, Kyocera, DieselRx, Wenzhou Bolin, Chognqing Le-Mark among others.

The taxonomy of the automotive glow plug industry by its scope and segmentation is as follows: 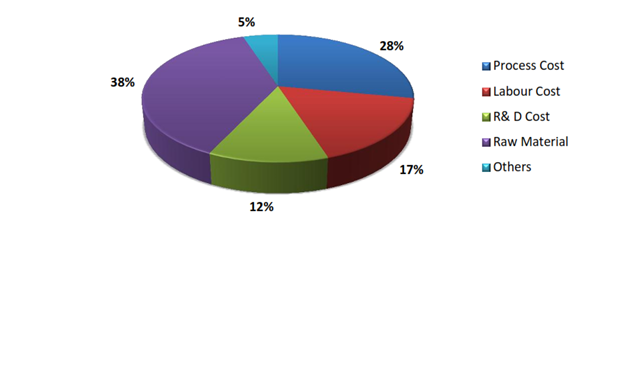 Our Analysts and Consultants are working ceaselessly to congregate, identify, analyze, and portray the Actual Impacts of COVID-19 Global Pandemic in each of our published as well as ongoing research reports to Redefine and Revise Current and Future Market Trends, Growth Rates, And Market Size Projections across the Globe as well as in different Regions and individual Countries.

HAVE A QUESTION? Executive will help you find what you are looking for.

Still haven't found what you're looking for? Speak to our Custom Research Team