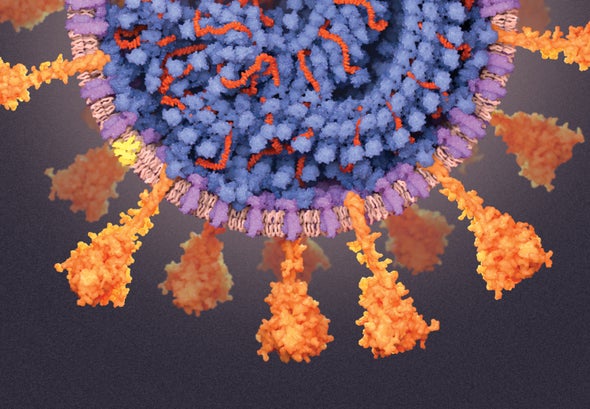 Human cell surfaces have particular sugars present that are known to attract COVID-19 viruses. According to University of Alberta researchers, they were the first to find such a link, and also the brain cells may be highly susceptible. The virus is known to use glycans or sugars from the host in order to gain access to the cells. According to lead researcher Matthew Macauley from the Department of Chemistry and Canada Research Chair in Chemical Glycoimmunology, the latest study is a new one that hasn’t been discovered. The sugars, i.e. glycans, comprise sialic acid and biomolecules that form the cell structure as well as help in storing energy and system regulation.

The earlier studies have shown the majority of the viruses, especially influenza, bind to particular sugars present o the receptors of the cells to gain entry into the cells. The researchers created analytical devices to study glycans and they also used the catch-and-release method, which is a mass spectrometry technique, to study the communication between SARS-CoV-2 spike protein and sugar. Researchers are using various tools to find the correlation between viral proteins’ role in spreading the infection and at the same their ability to identify the sugars. The lab results obtained using harmless pseudovirus helped reveal evidence supporting the latest study.

Studies have also shown the possibilities of infecting the cells despite their cell surface sugars being blocked. Thus, the latest study is yet to be understood before the development of a new therapy. The SARS-CoV-2 is known to be a sugar-dependent variant and it is quite concerning. Ugars like glycolipids were found to be the major source of attraction for COVID-19. This virus is known to find its way to the brain and also attack the nervous system. The researchers assume it to be tissue tropism wherein the cells play a role in the upkeep of the viral infection or replication.

Facts & Factors is a modernistic consulting and market research organization trusting in offering out-of-the-box strategies to uncover the best of the market data for the client’s secure future without any delay in time.